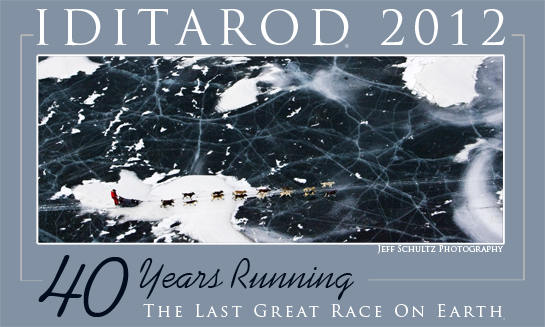 There is still a number of the 2012  40th Running Limited Edition Iditarod Posters still available.  The 15”x 25” poster is printed on extra-heavy paper stock and is individually hand-signed and numbered by Jeff in an edition of 1049, the number of miles that the Iditarod Trail length was advertised to be for many years.

The photo on the poster is Jeff’s all-time favorite from his 31 years of photographing the race and shows an aerial view of musher Jason Barron and team on the glare ice and snow of Farewell Lake during the 2008 race. This photograph has been published several times in magazines, calendars and brochures…it was even used for an Alaska Airlines bookmark.