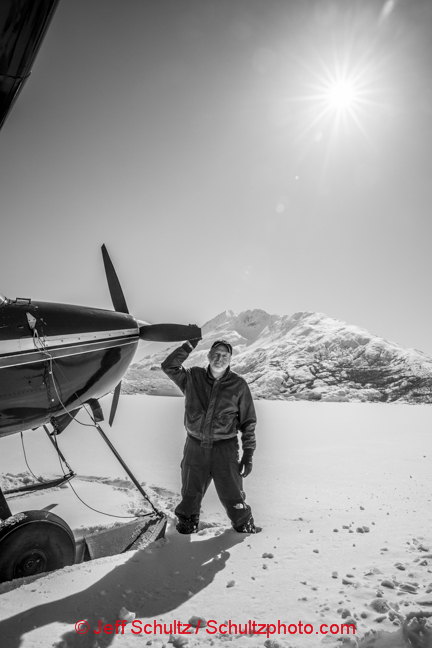 It’s been a great week with great weather and good friends with planes.  Spring is such a great time here in Southcentral Alaska.   Long days and often times quite clear.   I did a couple photo shoots with of my friend Bill Mayer’s 185 and different shots with my friend Ward Hurlburt’s super cub. 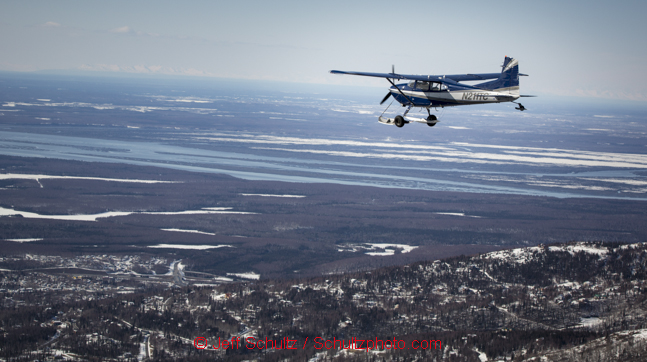 First Bill and I flew to Colony Glacier.  He landed on the frozen lake and I got out with my camera gear.  Before he took off he said he would leave his survival gear for me in case “I don’t come back”.    Using his air-to-ground radio I gave him instructions on where to fly.  It worked out great.  Shot some neat stuff with the face of the glacier in the background. 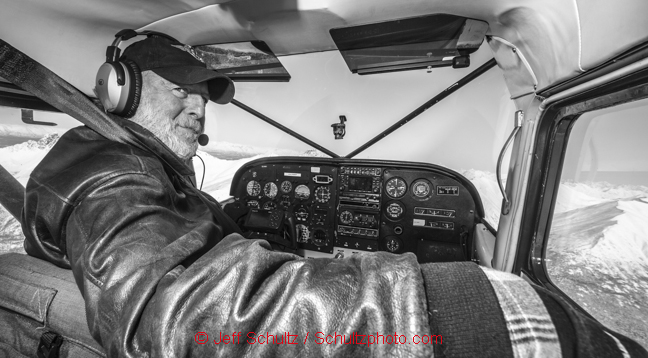 The next evening I went up with Ward in his Super Cub.  I’ve done many shots of Ward’s “Blonde” cub and it’s been published a number of times.  I wanted to do a “vertical” shot with a remote camera on the wing.  To get a good angle I bunged a 2×4 onto the strut and attached a camera to a ball head and used a radio remote to fire it.   Got some pretty good stuff. 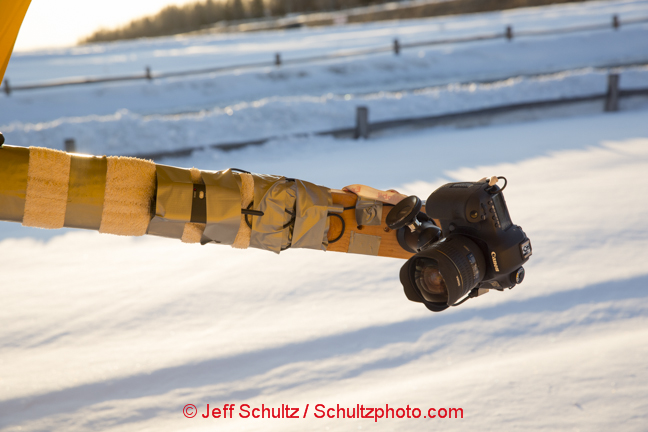 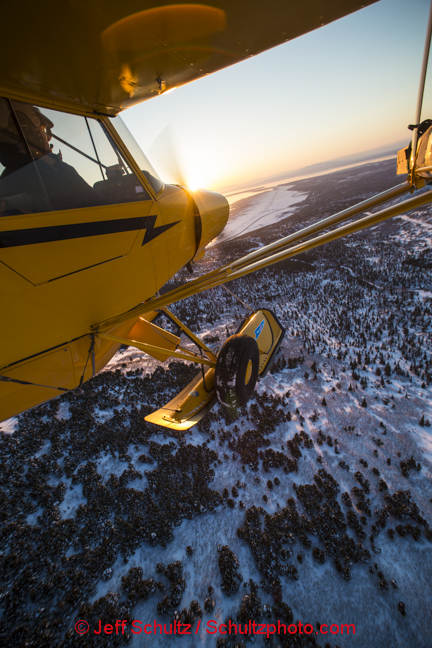 A couple days later I went up with my good friend Danny Davidson in his 185 and did air-to-air photos of Bill flying his plane over Eagle River valley and glacier.   I love doing the air-to-air shots.  It’s bit unnerving flying so close to another plane, but Danny has done this many times and is quite safe doing it. 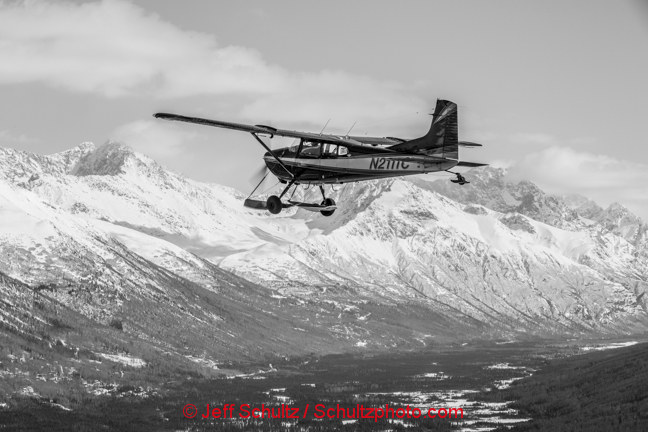