I’m working on a series of images that show “big picture outdoor scenes” of Anchorage and vicinity.   Images of various outdoor places and activities which people enjoy doing or seeing.

Last night I was fortunate to put together a photo shoot with three friends who are also pilots to help with this series.  My good friend Ward Hurlburt graciously volunteered to be my pilot as Dr. Michael McNamara and his daughter Shannon McNamara were kind enough to be the models for this shoot.

Doing air-to-air shoots like this is often times a catch-as-catch can sort of thing.  It can be tough to line up everything just right as we’re sailing through the air.  With Mike and Shannon flying along, I would tell Ward where I wanted them and what I wanted in the background.  He would then relay to one of them to go up or down, fall back, get closer or further.  At the same time he was saying that he would maneuver our plane into position to get the background right.  Ward was REALLY FLYING the plane last night.  Lots of rudder, power, and steering to get us just right.  It’s not every pilot that can do that well.  THANKS WARD!   And thanks to Mike and Shannon for being willing subjects.

These shots were all done down along Turnagain Arm in the very late evening. 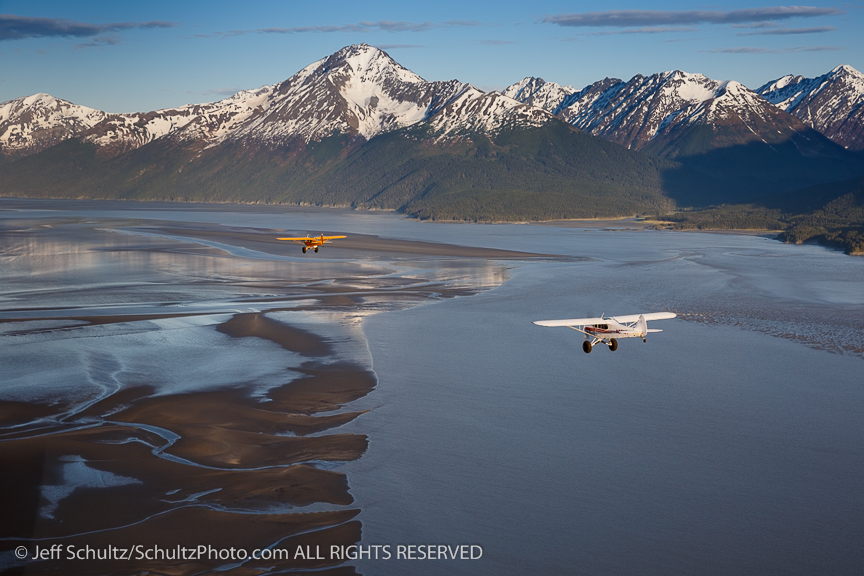 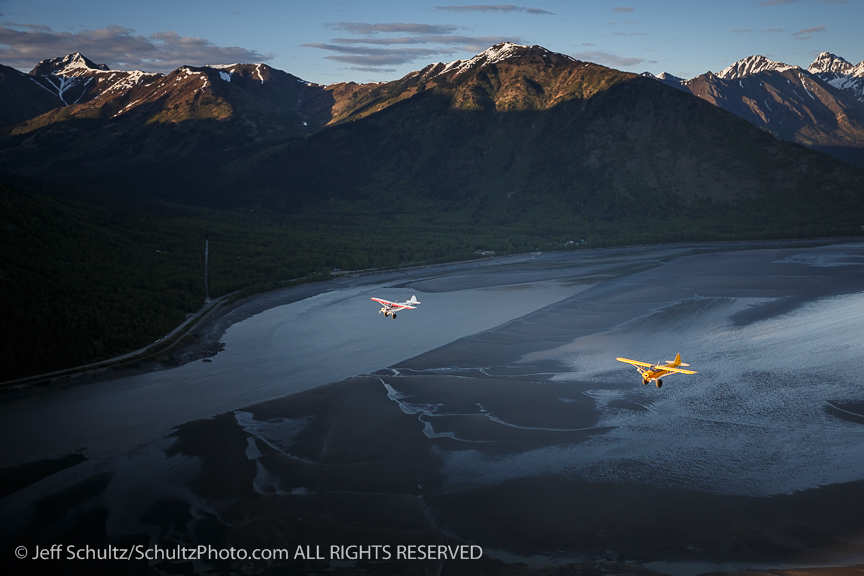 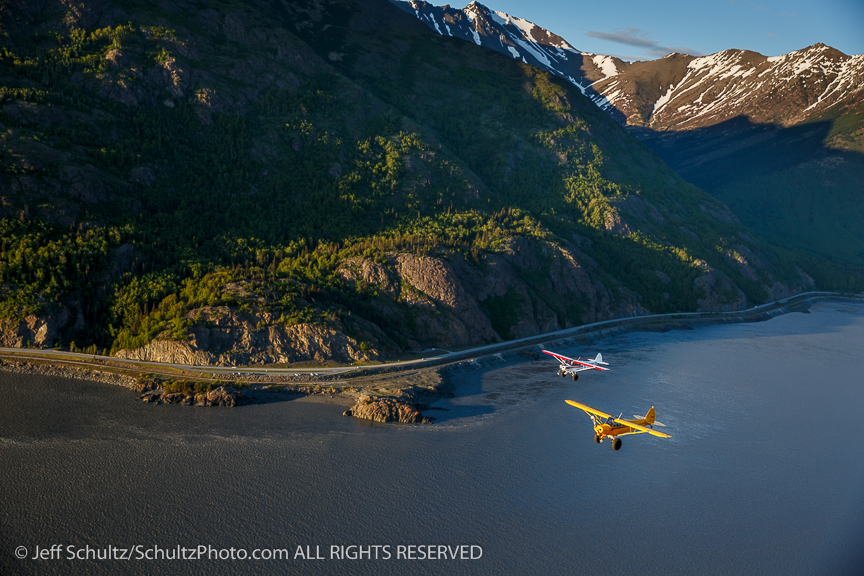 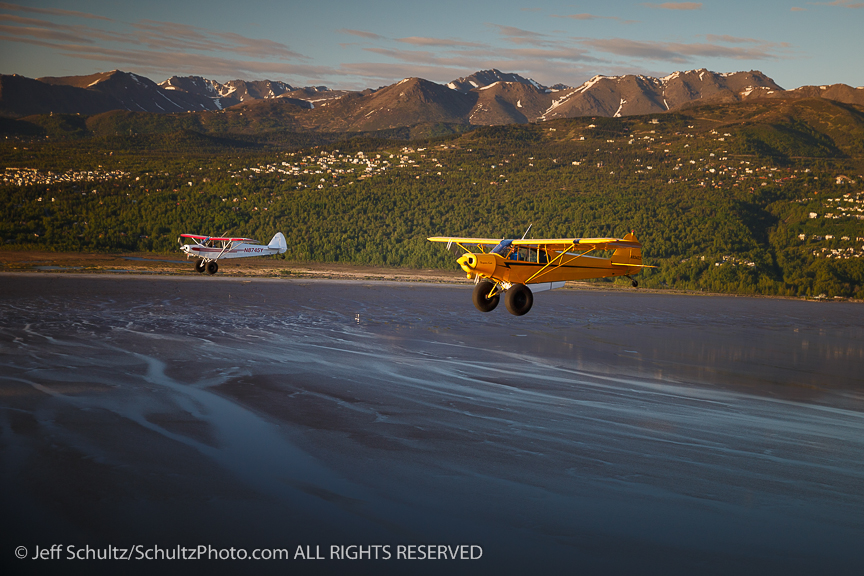 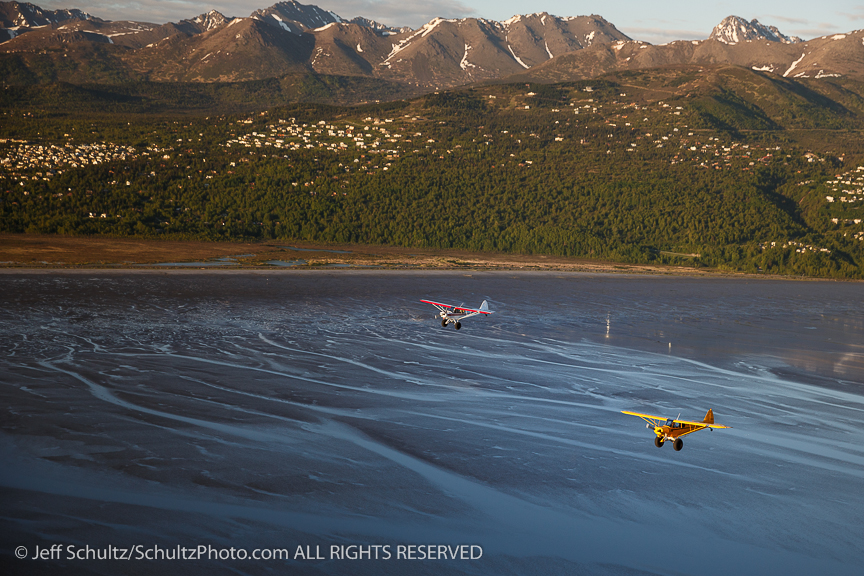