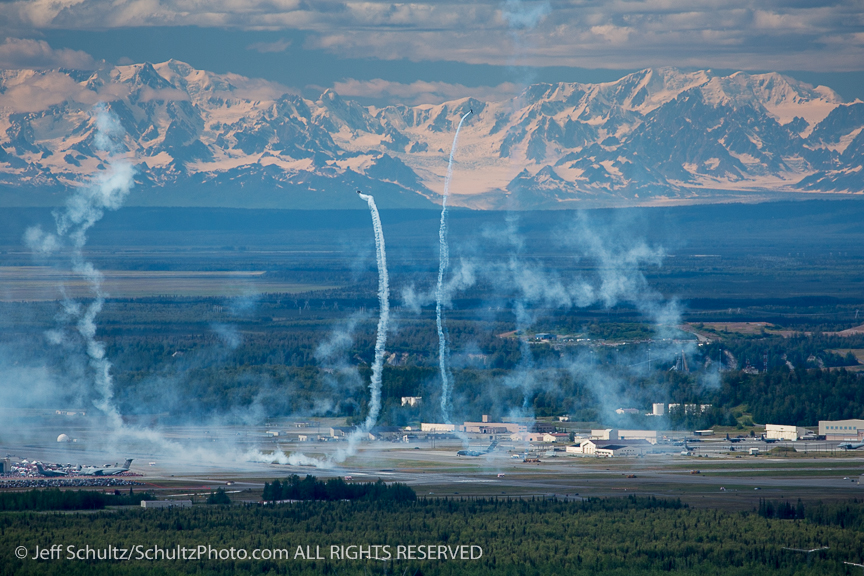 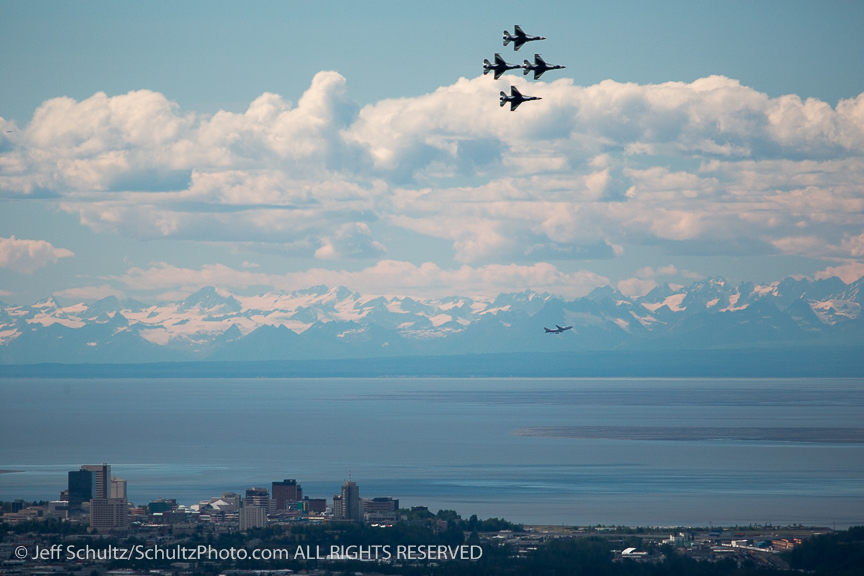 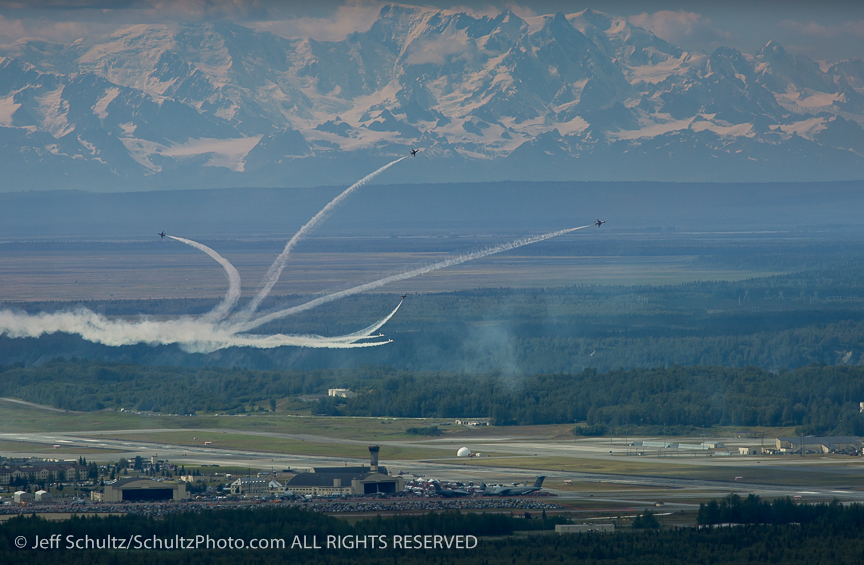 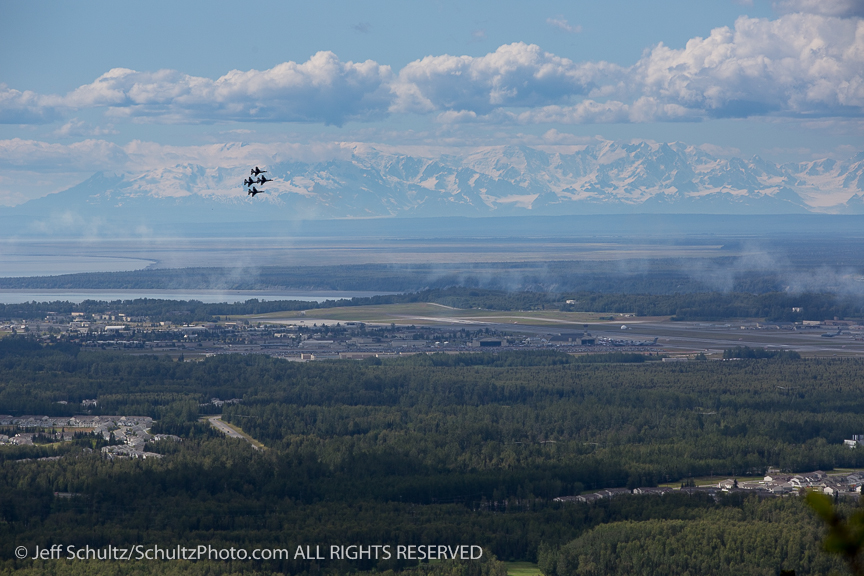 This weekend was the Arctic Thunder Air Show here in Anchorage at Joint-Base Elmendorf-Richardson. Not something I’ve been to since taking our son to it when he was little (many, many years ago) but I wanted to document it as it relates to a project I’m doing on “Anchorage & Vicinity”. So instead of going to the actual event on the base, I drove up into the Chugach Mountain foothills along Arctic Valley road where there was a good overlook. There were a dozen or so other vehicles there watching too. We were quite far from the base, but it had a nice vantage point. Here’s a couple photos from the day. It was not the best light as it was mid-day when I shot this. Looked cool though and sounded even better. I shot with two Canon 5D Mark III bodies, one with a 400mm f5.6 lens and the other with my 70-200mm. Both were on a tripod.