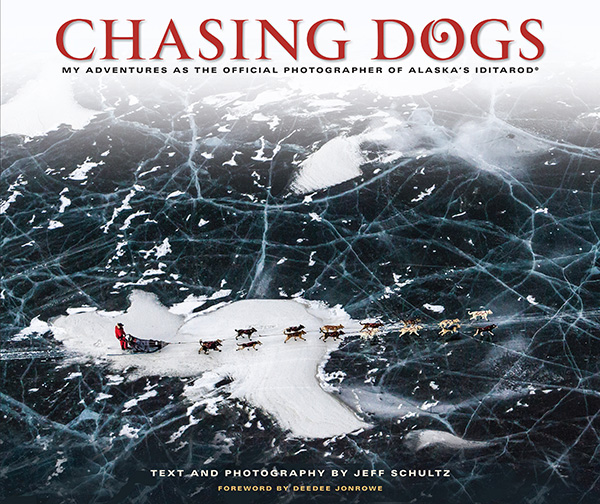 It was June of 2014 when I released my book “Chasing Dogs—My Adventures as the Official Photographer of Alaska’s Iditarod.” Over 200 kind people helped me get the book published by making a pledge on Kickstarter which paid for the publishing.  I’m forever grateful for those who pledged the money to make it happen. THANK YOU!

The first printing sold out in just over a year, so I recently did a second printing and my garage is again stuffed with books waiting to be sold. After two years I have had many compliments from readers who are quite happy with the book. People enjoy reading and seeing the behind-the-scenes aspects that one only gets to experience if they are on the trail.  I am just SO blessed to be out on the trail and sharing my experiences, through photos, to the world. One recent person told me she was ecstatic to get the book because of her adventure on the Iditarod with the late Joe Redington Sr. when he was doing his “Iditarod Challenge”…taking tourists to Nome by dog team. She was thrilled by the photos of so many out of the way places along the trail I photographed and the way that I had listed the images out by mile marker. She could not handle the sled and a camera at the same time, so she was grateful that I had made images of some crazy trail conditions like the photo here, on page 56, taken in 1992 at mile 437 of the Northern Route. The photo is of Thomas Israelsson negotiating the creek ravine. The trail breakers had cut some logs and put them over the ravine which allowed a snow machine to get across, but no way were dogs going to want to cross that. She was on that exact trail and just could not describe it very well when she described that journey. It’s trail conditions like these that most people watching the race never get to see.  The book is 167 pages, chock-full of images and stories like these.