Print of the Month: January 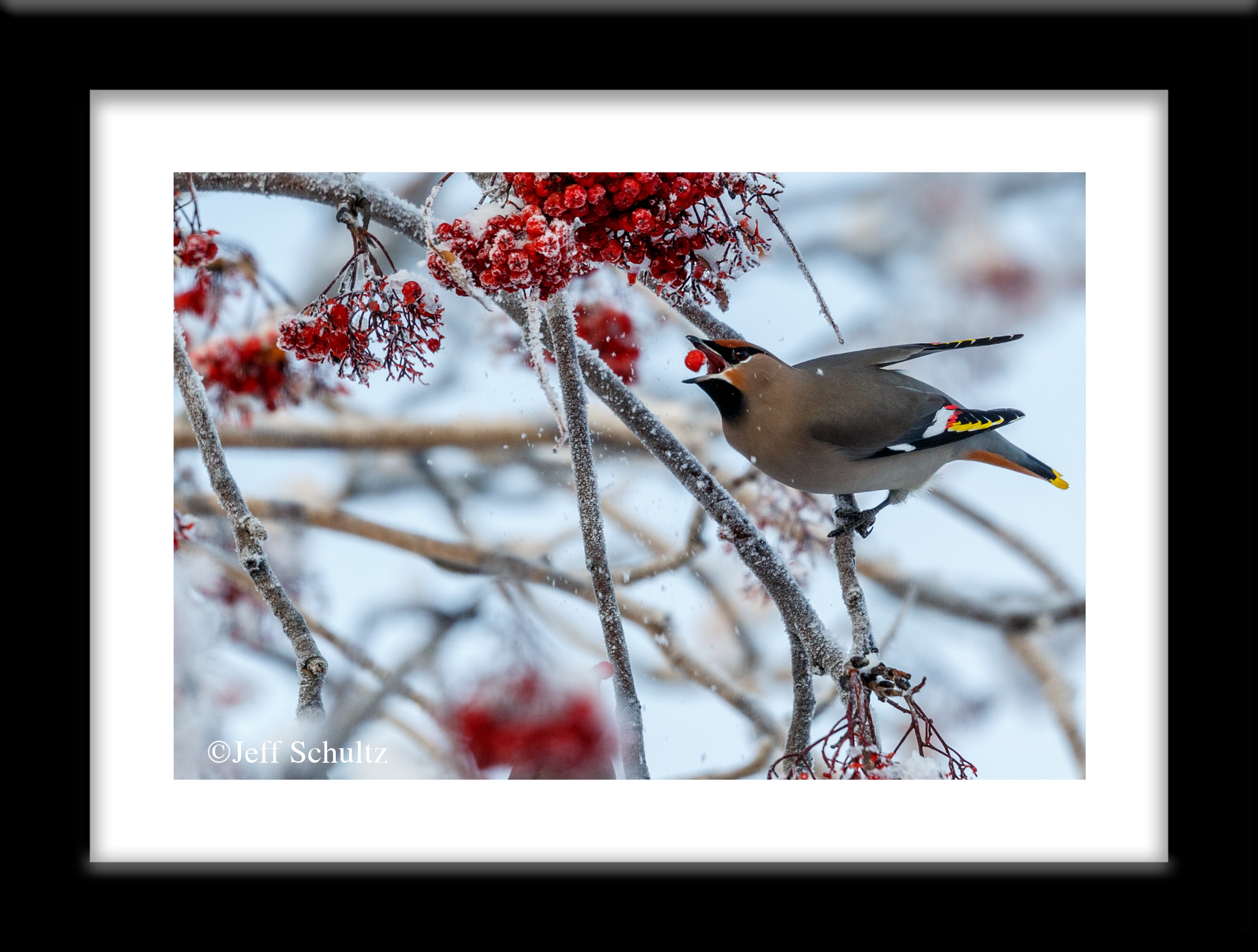 It’s THAT time of year again. Bohemian Waxwing birds gather in huge flocks all over Anchorage and literally raid and pluck the Mountain Ash trees free of most all their berries. It’s quite a sight to see…and hear. They are constantly flitting all over the sky from one tree to another. It seems when someone in the flock says so, the whole flock flies off in unison to another tree, then a few minutes later they come back and continue plucking and eating the berries. This image was taken in a neighborhood in mid-town Anchorage in early January. I shot as many frames a second on my camera as it would allow in order to hopefully do just this…catch the “decisive moment” of the bird with a berry in mid-air as they toss it into their mouths after plucking it. Because the birds are so plentiful and there is FAST action all over the place, I find it necessary to shoot a lot of frames. During the hour or so I shot I made over 500 frames and kept a total of 62.