Icons of the Iditarod :: Update

For those of you who don’t know, I’m currently working on a new Iditarod book.  It’s called “Icons of the Iditarod”  Iconic mushers, volunteers, dogs, places, events and even gear and FOOD! I have to tell you that working on this new Icons book has been a lot of tedious, but VERY rewarding work the past few weeks.

Let me tell you a bit about the work. Back before digital, when Dorothy Page (mother of the Iditarod) was still alive and publishing the Iditarod Annual, I shot BOTH black and white negative film (for Dorothy’s use in the B&W annual yearbook she put together) AND color slides (for calendars, stock photos, slide shows etc.). I shot both because it cost so much back then to make black and white prints from color slides. So I shot a lot of the types of images Dorothy asked me to take on the black and white film. Photos like; on-location musher portraits and other fairly simple checkpoint and awards/banquet photos.

After giving her the prints SO many years ago, I filed the B&W negatives and rarely, if ever, looked at them again. Until now. Until this new ICONS of the Iditarod book.  The problem with looking at negatives is that they are not only very small but they are “negative” — reversed.  Other than well-known subjects, its been hard to know who or what the photo is of and also whether the expression looked very good or not. To help with this problem, I had my assistant Trent begin the major task of putting each roll of negatives on a light table and photographing them all. Hundreds of rolls of film later, he then reversed/inverted them in Lightroom in order to making them look like normal photos.

I have been looking through those photos on the computer screen, looking for better images, as well as unpublished ones for some of the Icons.  It’s been a glad and sad experience as I see SO many faces that I’ve known through my 37 years on the trail. Great to see the young faces, but sad to see the faces of those who are no longer living. Here are two images that I was happy to find. One is of Dorothy Page & Howard Farley at the banquet in Nome from 1989 – Dorothy rarely smiled for photos so this is a one of a kind. The other photo is of my friend and fellow Official Iditarod Photographer Jim Brown. Both of them are on the trail in heaven. 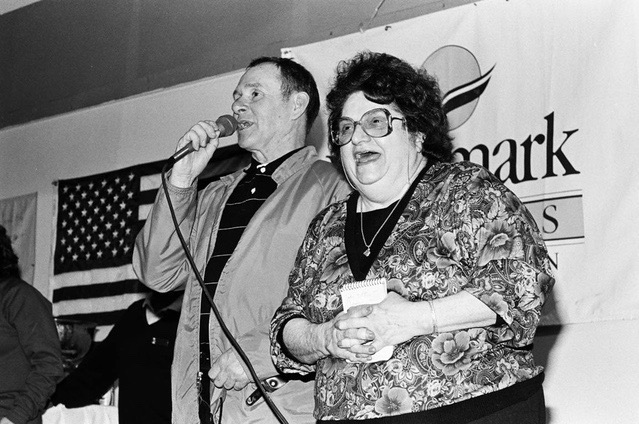 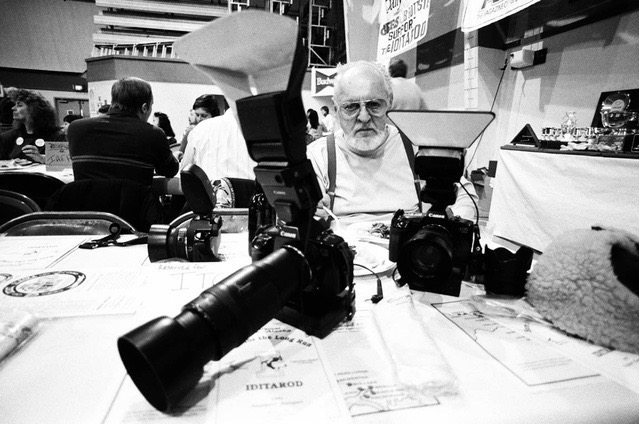 So, the book is coming along nicely. Lots of fun, rewarding, tedious work.

Read about the book on the informational and pre-order page on my website HERE. Also, would you PLEASE share this link will those you feel might like to know about the book? They can pre-order it now!