GOING MIRRORLESS — The features that convinced me I had to switch from Canon DSLR to Canon Mirrorless. 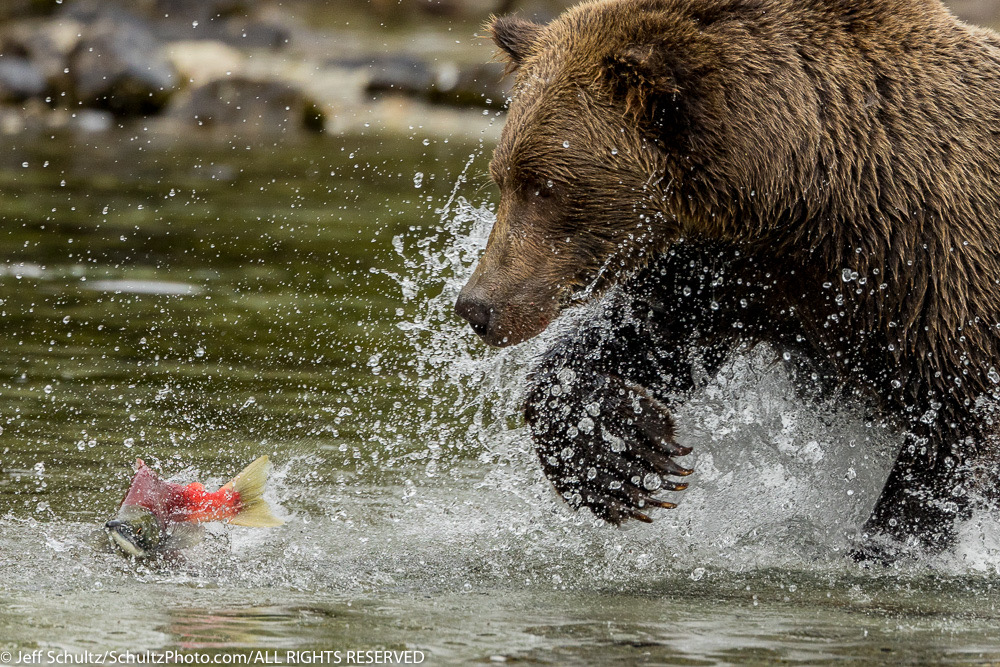 As you know, the mirrorless cameras have been out for quite some time now. And the technology they use continues to get spectacularly better and better on every iteration with more megapixels, better focusing technology and much, much more. Just last month (mid-August 2021) I went cold-turkey and moved to Canon’s mirrorless system. Sort of.
I’ve been fortunate over the years to have clients on my photo tours bring various manufactures’ camera models and lenses and use them in front of me. It’s been most educating to hear and see another users viewpoint of their equipment first-hand. For many years I would hear clients say something to the effect of  “Jeff you really should consider Brand X or Brand Y and here are the reasons”.  — faster frames per second, eye-tracking focus and focus peaking to name a few.  I have seen some incredibly good photographs made with a variety of equipment and I’ve seen how easy some people make those photographs with a mirrorless camera.
For the longest time I resisted going to mirrorless. And that was mostly because of the learning curve I knew would be associated with such a move. I started with film cameras in 1974 and have steadily been absorbed into the new technology all along. But for the most part it’s been gradual and very similar to my Canon Ftb film camera. I can use my DSLR camera bodies practically blindfolded (or at least in the dark) and get good results very quickly. I was afraid of the change because I knew that switching over would be difficult for me because of the quite different body layouts, the myriad of menu options, and the new features that I did not fully understand.  I was lazy.
In December of last year (2020) I decided to take the leap. Well it was more like diving into the pool and at the last minute curling up and doing a cannonball. I purchased a Canon R6 body and an EF-RF lens converter so I could use my same lens.  I was thinking I would use the R6 for night-sky and Aurora photography. Like all new cameras I buy, I read the instruction manual cover-to-cover to try to understand the features and set it up to my liking.
I took it out on the second day of January, 2021, in subzero temperatures for some daytime landscape photography in an attempt to get used to it. I really had no idea of its full capabilities at the time, but the best feature that I loved was the articulating review screen. I was able to set the camera literally on the ground and not have to lay on my belly to compose the image. This is one of the first images I made with my canon are six and a 16 to 35 mm lens
During that first day, I had wanted to make some particular change to the camera and I couldn’t figure it out. I got frustrated that it was SO hard to figure out something as simple as using the self-timer or somesuch. So I put the camera down and did not use it again until August of this year.
After a lot of encouragement from a fellow photographer who switched the previous year, and had nothing but good to say about the R5— especially in conjunction with the new 100 to 500mm RF lens, I just decided to go all-in.  I traded in one of my Canon 1DX Mark II bodies and bought an R5 one day and the 100-500mm the next day. I spent hours watching YouTube videos on setting it up in an appropriate way as well as talking things over with my friend.  I looked at all the menu screens and when I found a menu item that I did not understand I googled it or YouTube that to understand what it was all about.
I continue to use my EF lenses with the lens adapters instead of investing in new RF lenses. We’ll see how that works out.
While I still get frustrated from time to time because I’m not as adept at using the mirrorless like I was my old DSLR bodies, I’m quite sure it was a good choice.
Game-Changing Features:
These are the game-changing features that pushed me over the edge to choose the new mirrorless Canon R5 and R6 cameras and the reasons I am so happy with my choice. Even though the bear moves to the edge of the frame, the eye-tracking focus stays with the animal. Because the animal stay sharp no matter where it’s at I can then crop the image exactly as I see fit.

Note these images below of a brown bear eating high-bush cranberries. You can imagine how quickly a bear can eat berries.  It’s FAST !   REAL FAST !   With up to 20 frames per second I was able to capture many frames in order to get the decisive moment where the leaves are out of the eyes but the berry is still in its mouth. My backyard patio with some chairs set up starting about 5 feet away from the camera. This is looking at the back-screen of the camera as it appears normally—on auto focus. The same exact photo but turning to manual focus and having “focus peaking” turned on. The areas that are in focus turn red (or the color of your choice) as you manually focus the camera.

Note the focus point is in the very lower right hand corner. And I can be removed literally anywhere in the frame… Like to this area in the upper left-hand corner. Anywhere at all the focus point can be moved to. A big game changer.

Video — one can go from shooting stills to video by pressing one button and the video quality is incredible.

And this is not to mention the obvious features that help me all the time:  R5 with 45 megapixels. The images are of a stunning quality where I can even “crop the crap” out of an image and it still holds up well.

In-body stabilization. With some lenses on both the R5 and the R6 the body stabilization allows even better hand-holding capabilities and sharp images at lower shutter speeds.
Beautiful viewfinder. One of the big reasons I was hesitant to go mirrorless was because when I looked through the eyepiece of various manufacturers and models, the display just looked like crud. I did not want to view the beautiful creation through something that degraded the quality of what I was seeing. The Canon R5 and R6 have an enhanced electronic viewfinder which looks wonderful.

Voice Memos on Images. For many years I’ve used the voice memo feature on the Canon 1DX mark II when photographing the Iditarod. As a dog musher goes by, rather than have to write down who he/she is or the location on a piece of paper and collate it later on, I simply look at the image, press the microphone button and speak the caption as I sound file onto the photo. Later on, when editing, I can then transcribe the voice memo into the image’s caption. Makes life super easy and especially in the winter with gloves on and when pens don’t write very well. The Canon R5 has this ability as well.

DOWNSIDES— as with anything there must be a downside to this. And for me these are the downsides.
The cards. They only take CF express or SD cards. So all of my old CF cards I’ve used for years are obsolete.
The learning curve. It’s still going to take a while for me to get used to how to quickly know what particular buttons do and change some settings.

My motto is: GO FAST — GO LIGHT — GO SIMPLE. And while I still stumble through understanding intuitively how to switch some settings, the new Canon mirrorless cameras fit that motto perfectly.

For me the bottom line is not to convince you to buy a Canon mirrorless camera. At all. But if you have not jumped into the mirrorless scene yet and you want to up your photo game, certainly do consider mirrorless. Perhaps rent one from lensrentals.com or some such. Just try it and see if you like it. Many of my clients swear that Sony is the best way to go. Others suggest that Olympus or Fuji is the best thing going. I say —whatever floats your boat. Whatever is easy for you to use is the way to go.

As I understand the rumors, it appears that more and more the DSLR may be a thing of the past in the not too distant future. As more and more manufactures will begin to not create new ones and perhaps eventually not support them or do away with them.

Behind the Scenes: What it took to create this iconic Iditarod image of Aliy Zirkle at Sunset
February 24, 2021

5 Best Places to Photograph the Aurora in Alaska
October 31, 2020