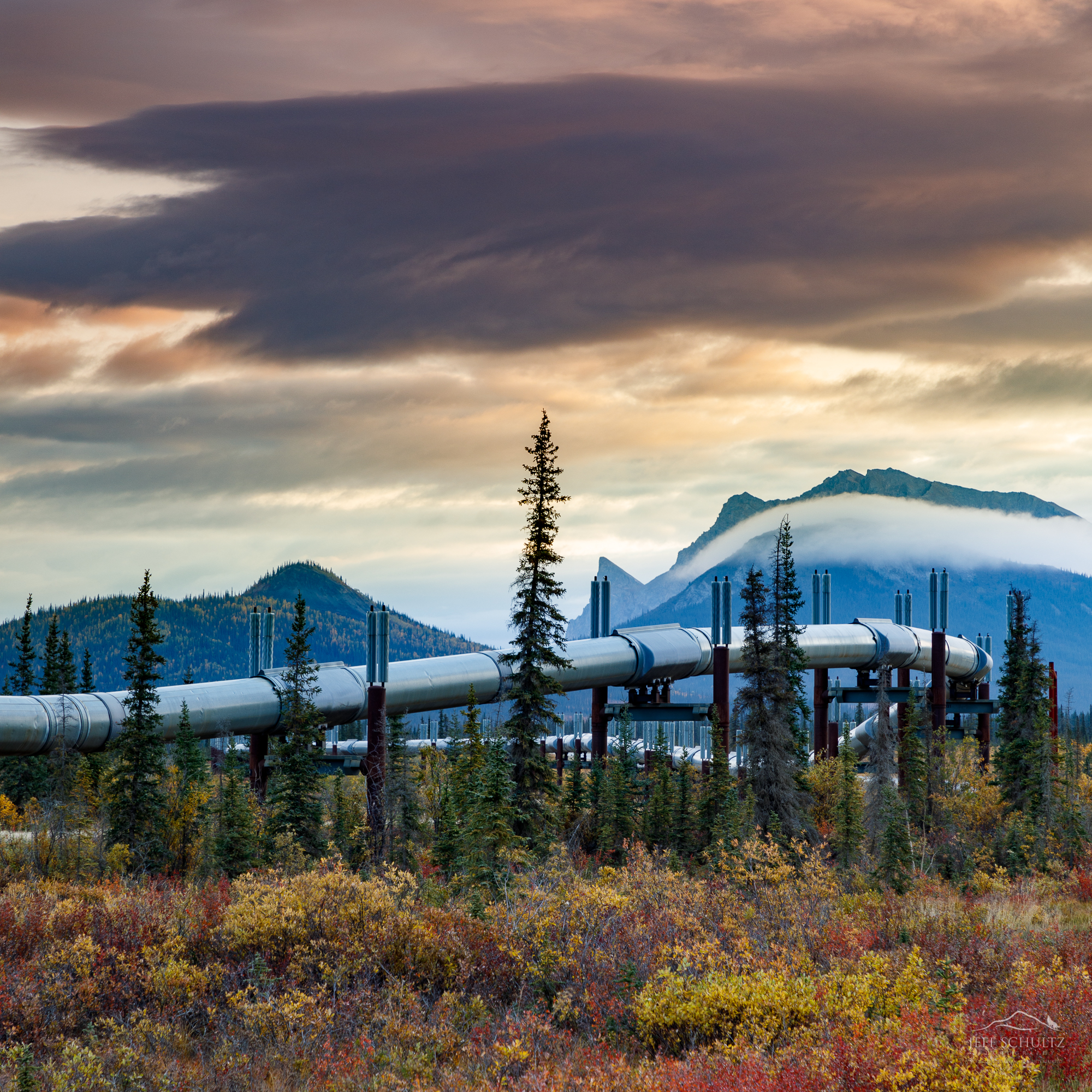 The Trans-Alaska pipeline rises to allow vehicle maintenance traffic to pass under it at the same time it makes a curve as it heads up into the Brooks Range mountains in the background during sunrise.

The 800-mile long trans-Alaska pipeline (aka: TAPS) was built between 1974 and 1977 after the 1968 oil discovery in Prudhoe Bay on Alaska’s North Slope. The pipeline is 48” in diameter and could feasibly move 2 million barrels of oil a day. It was built over some of the most difficult terrain possible including 4,739 ft Atigun Pass and crossing 34 major streams or rivers and nearly 500 smaller ones. At a cost of $8 billion dollars and the lives of 32 construction workers. 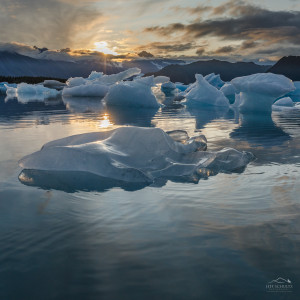 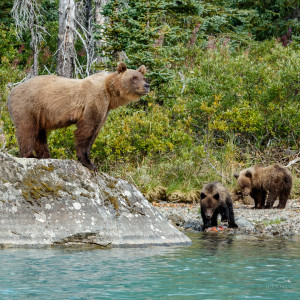