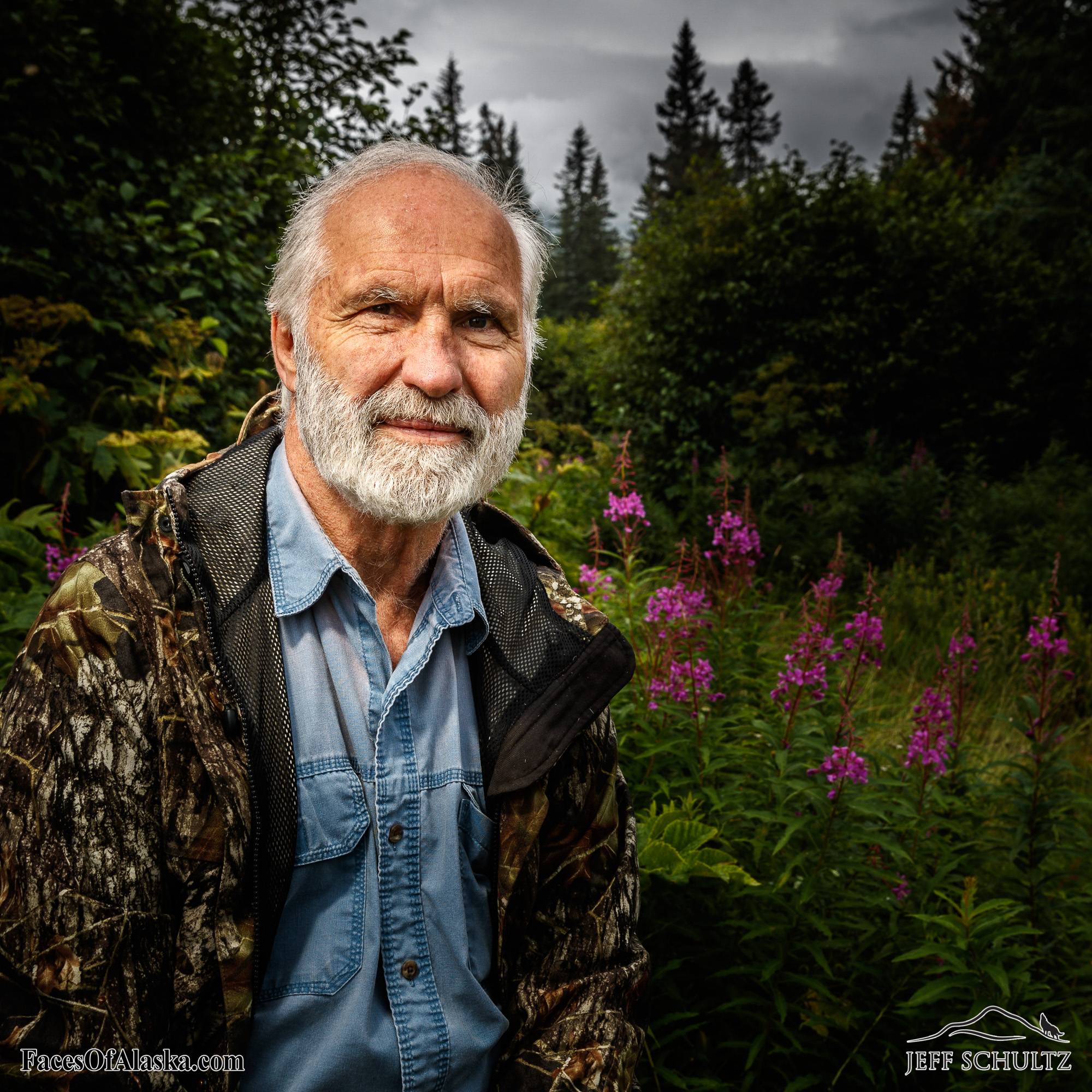 Image Description: David sits on his garden fence at the edge of his property with Fireweed and Forest in the background.

What first brought you to Alaska:

What first brought me to Alaska was the vision of a very adventurous father. He was raised in California in the LA area and he didn’t particularly like city dwelling. So he took his new family and decided he was going to either go to Maine or Alaska. And he ended up doing the scouting tour to Alaska and found a job on a small road that transects between Iliamna Bay and Pile Bay and Lake Iliamna. And fell in love with Alaska immediately and sent for the family. And it was at about age one and a half when that took place.

How has Alaska captured your heart?

Alaska has captured my heart because of the natural beauty and I guess you could say to invoke some Robert Service phraseology that the vast open places and wide natural beauty areas that you can access through hiking and various activities outdoors just struck me at an early age. And just found a place in my heart where I didn’t see it eclipsed in any other place that I went to.

Describe just one of your favorite “Best Days” or  “Most memorable experiences”  in Alaska.

My most memorable experiences in Alaska, I would have to say would be a collective set of years between 1954, when memories of life first came to my consciousness and 1959, when Alaska became a state. And it was at that time when my parents were school teachers out of remote bush villages, and I was raised into a very rustic and somewhat primitive setting where we packed her own water, we chopped our own wood. We saw the tail end of the old way of life, of the Native Alaskan communities in the Lake Iliamna, the Lake Clark area and it just resonated very, very well at that time. Just stuck with me and made me come full circle to still work with people and develop a tourist based business in Alaska.

What in Life do you know for sure?

What I know for sure in life is, of which there’s not many things, would be that maybe during my lifetime I’ll still be able to partake in some of the pristine wilderness experiences that Alaska offers. With that certainty comes a little slight edge of worrisome uncertainty with future generations ahead of us that might, through climate change, exploitation of natural resources, have maybe a less spectacular experience with that. But during my lifetime, I’m hopeful that we’ll still be able to partake in some of those early experiences that I talked about earlier.

« Back to all Faces of Alaska 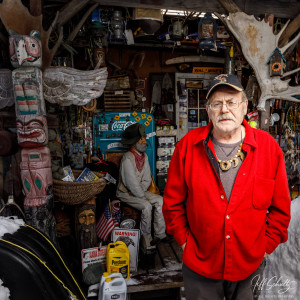