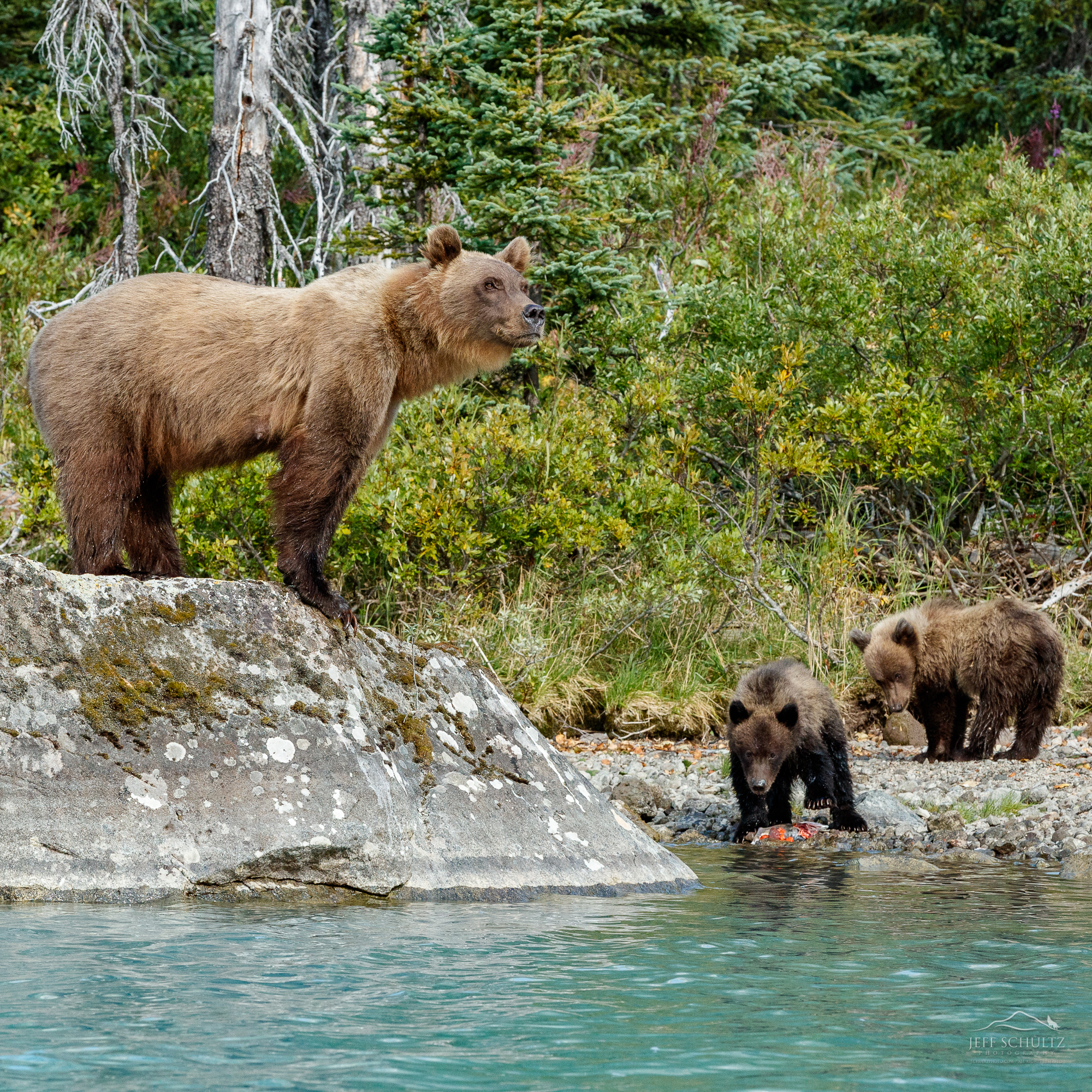 An Alaska Brown bear sow stands on a rock as she watches over her two spring cubs along the lake shore at Crescent Lake in Lake Clark National Park, Alaska.

The Alaska Brown bear is the same species as the Alaska Grizzly bear (Urus Arctos) even though there are notable difference between the two. The main difference between the two species is the food source. Alaska Brown Bears live on the coastal areas and maintain a diet of salmon, sedge grass and berries whereas the Alaska Grizzly Bear is an interior and arctic animal dieting on berries, ground squirrels, roots and caribou or moose if it can get them. Lake Clark National Park & Preserve is approximately 100 miles southwest of Anchorage, Alaska and encompasses 2.6 million acres. It was first created as a national monument in 1978 then expanded and established as a National Park in 1980.

Sign up for Jeff’s FREE monthly newsletter with tips & info on taking your photography to the next level:
Blog Menu
Search blog:
Print of the Month – September 2019