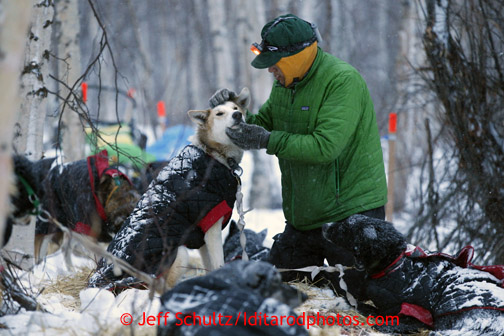 Brazilian musher Luan Ramos Marques pets one of his dogs as he rests at the halfway checkpoint of Iditarod on Saturday March 9, 2013.
Iditarod Sled Dog Race 2013
Photo by Jeff Schultz copyright 2013 DO NOT REPRODUCE WITHOUT PERMISSION 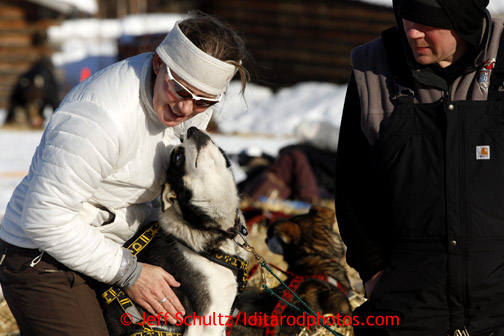 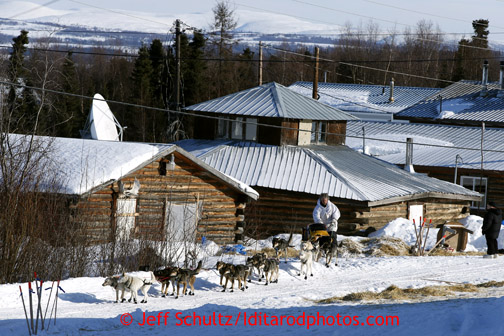 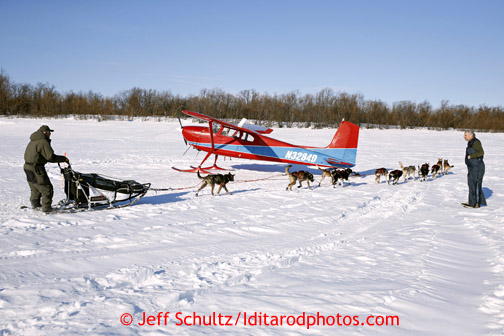 Saturday March 9, 2013    I was delighted to see the ceiling lifted and the winds calmed down enough for the Iditarod Air Force pilot, Ed Kornfield picked me up from Iditarod.  It was an easy ride, we circled around Shageluk to take a photo of teams resting.  Erin was here and met me and began the upload process to get images up.  Ed took off for Iditarod again to pick up some vets that needed to get out.  It’s a beautiful day here in Shageluk and as always, so picturesque  I was able to photograph one team leaving and I’m hopeful the air force will be able to pick us up to get us down the trail a ways.